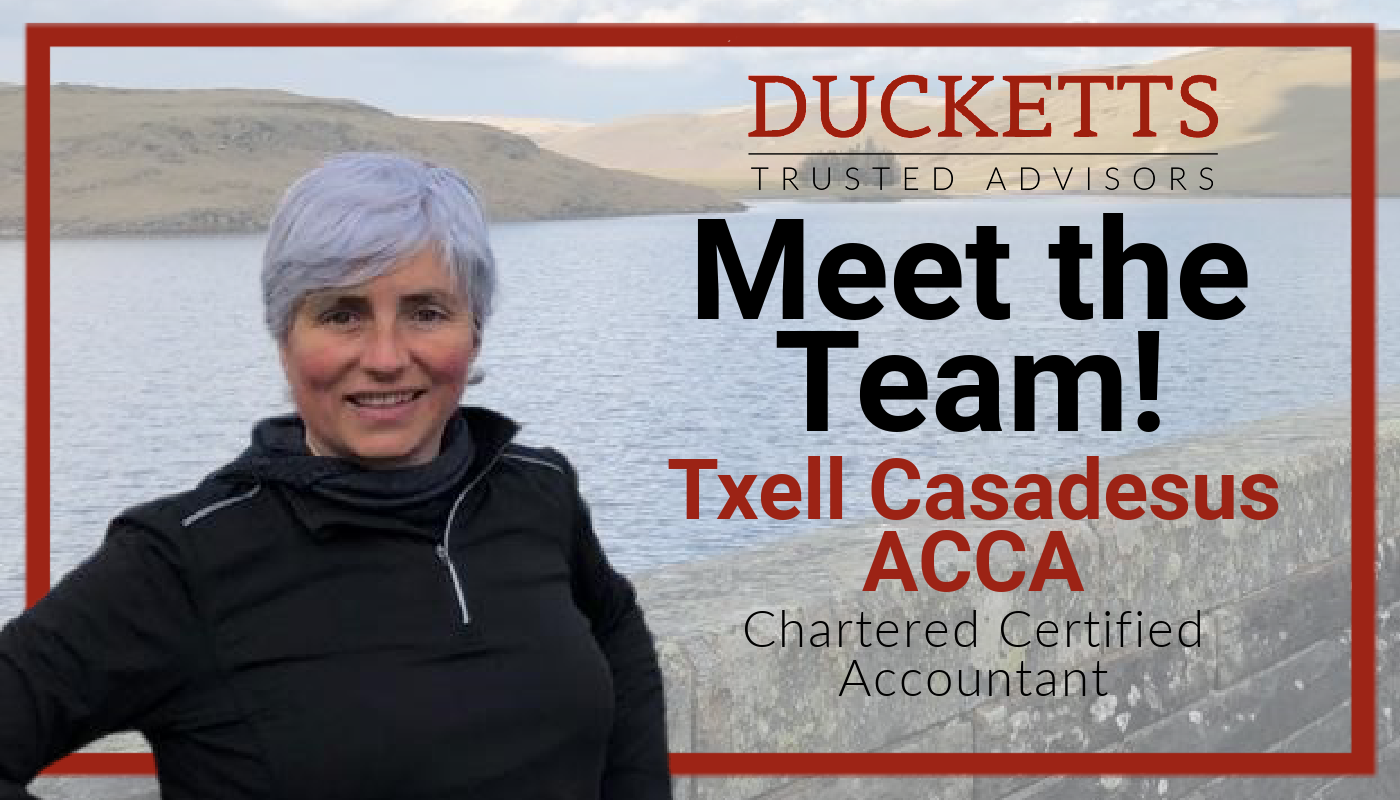 Formerly a biochemist who realised that numbers were more interesting than DNA. Txell also enjoys collecting letters after her name, with "ACCA BSc MPhil PhD" to name a few.

How long have you worked with Ducketts?

I have just had my work anniversary this month – 7 years!

What’s the best thing about being part of the Ducketts team?

Ducketts is a great team, and everyone is part of it. I love the banter we have in the office, they do say that accountants are boring – well, not the ones at Ducketts!

What was your previous role and how does it help you in your day-to-day job now?

Previously, I was a university lecturer in Chemistry, and prior to that a Chemistry researcher at Cardiff University. From those roles I developed resilience, an analytical mind and attention to detail

I was looking for a career change, from Chemistry to accountancy. I imagine Chris thought that this transition is possible, as he also started as a scientist. I started at a very basic level, and worked my way through to becoming a fully qualified accountant a couple of years ago.

It has to be Catalonia (my home land)!

What's your passion outside of work?

Being outdoors, especially mushroom hunting in the Autumn, and also swimming in cold waters

Tell us something we don't know about you?

I play (or used to) the piano. My first job was as a pianist at a ballet school when I was 15. It didn’t last long, though.